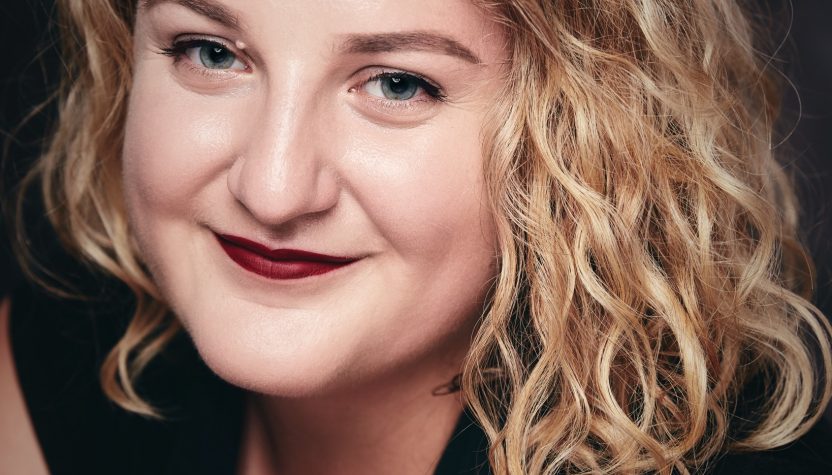 Calgary born soprano Gwendolyn Yearwood began singing with the Calgary Girls Choir at the age of 5. In her 16 years with the choir Gwendolyn toured with them to New York, Montreal, and Italy (just to name a few). Her years with the choir, not just as a singer but also as a teacher, rehearsal assistant, and camp counsellor, developed her love of music and inspired her to continue her study of music at university. Gwendolyn first earned her Diploma of Music Performance from Mount Royal University in 2012. She went on to receive her Bachelors of Music in Opera from the University of British Columbia in 2015 and then her Masters of Music in Opera in 2017. During her time with UBC Opera she had the opportunity to perform several roles throughout Canada, the Czech Republic, Germany, and China. Her performances include: Countess in Mozart’s Le nozze di Figaro, Magda in Gian Carlo Menotti’s The Consul, Mimi in Puccini’s La Bohème, and Giorgetta in Puccini’s il Tabarro. Gwendolyn has also performed the role of Musetta with Burnaby Lyric Opera, Rosalinde with the Okanagan Symphony Orchestra, and Niece 2 in the Vancouver Symphony Orchestra’s production of Peter Grimes. Gwendolyn moved to Toronto in the summer of 2018 to continue pursuing a career in opera. While in Toronto she performed with Opera by Request and sang Mimi in Against the Grain Theatre’s production of La Bohème. Gwendolyn returned to Calgary in August of 2020 where she continues to perform, teach (voice, piano, and ukulele), and is the Director of Operations for Opera InReach Alberta. She is thrilled to be back working with the Calgary Girls Choir once again!